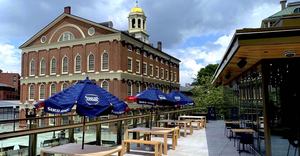 Admission:
$Pay as you go

Boston-area beer gardens are back for the 2020 season (with some new rules of course). Here is a running list of beer gardens NOW OPEN in/around Boston 🍻 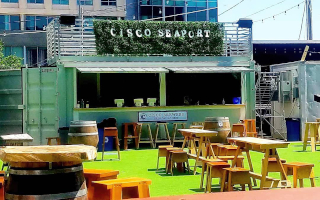 Where: Seaport
What: Cisco Brewers is back for its third season in Seaport featuring craft beer and wine, paired with slices and salads from Oath Pizza. 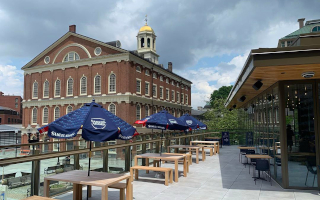 Where: Faneuil Hall
What: Sam Adams Boston Taproom's rooftop beer garden is open for the season starting at 2pm on June 24. 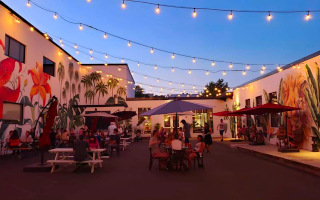 Where: Somerville
What: Aeronaut's courtyard is open for beer and food 7 days a week. 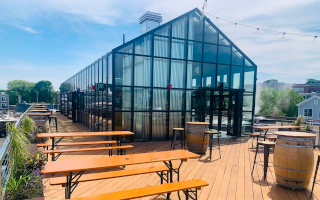 Where: Dorchester
What: DBCo's outdoor and rooftop patios are now open for beer and food from M&M BBQ. Reservations or walk-in welcome. 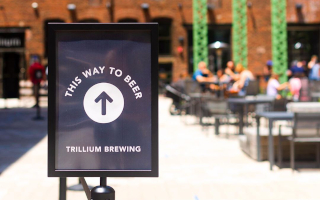 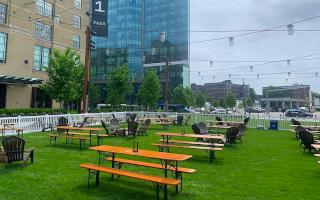 Where: Fenway
What: Trillium Brewing Company - Fenway is a year-round, glass-enclosed taproom in the heart of the Fenway neighborhood. Currently offering contactless outdoor table service and packaged beer to go. 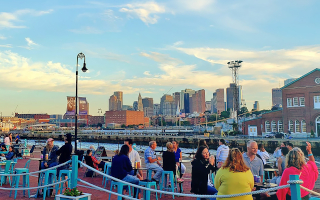 Where: Charlestown
What: Nestled just 20 feet from the oceanfront, The Anchor is Boston’s only two-story public gathering space and open-air beer garden, featuring panoramic vistas of the harbor, waterfront and downtown skyline. 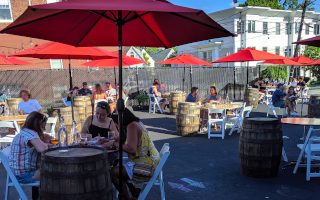 Where: Brighton
What: Walk-ins welcome, however reservations strongly recommended. 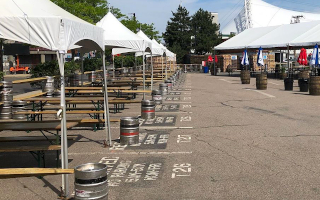 Where: Seaport
What: Outdoors @ Harpoon is an outdoor drinking and dining space located out front of the Harpoon Beer Hall. 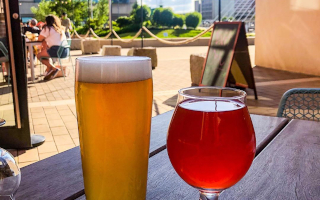 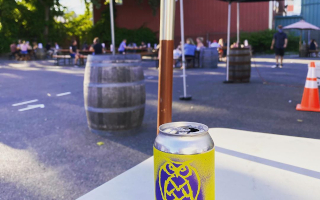 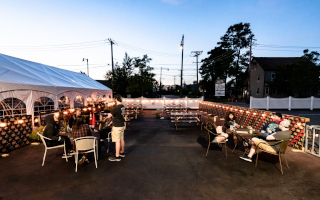 Where: Everett
What: Bone Up Brewing's beer garden is officially open starting at 3pm on June 17. 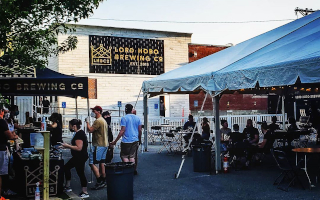 Where: Woburn
What: Reservations are required. Groups must be limited to 6 people or less, and masks must be worn while not seated. 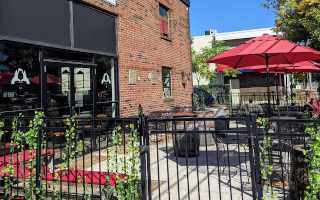 Where: Malden
What: The patio is now open for on-site consumption. Reservations are strongly encouraged. 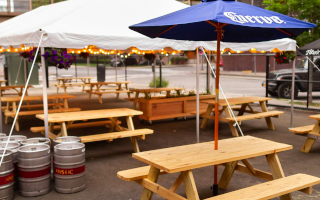 Where: Malden
What: The covered beer garden is now open for the season. Come on by Thursday through Sunday. 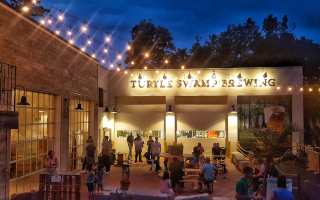 Where: Jamaica Plain
What: Turtle Swamp Brewing, located in the heart of Jamaica Plain, is opening its patio and bringing beer back to the first true home of American brewing. 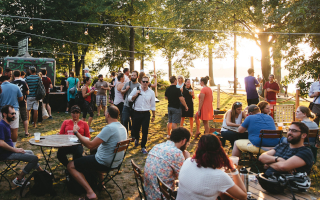 Where: Charles River
What: Owl's Nest Esplanade and Allston locations are opening starting August 8. Located right along the Charles River, Owl's Nest Beer Garden Esplanade is a perfect summer spot to hang after work, relax after a run, or catch up with friends. Reservations encouraged. Food will be available to order from Night Shift’s food truck and partner food trucks. 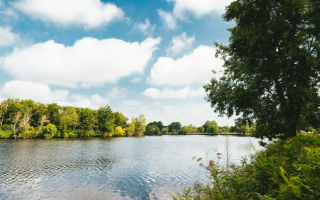 Where: Allston
What: There’s no better place to enjoy a beer than right along the river. Blue skies, warm sun, and cold beer make our Allston Owl’s Nest a great family-friendly destination for your summertime adventures. Reservations encouraged. Food will be available to order from Night Shift’s food truck and partner food trucks. 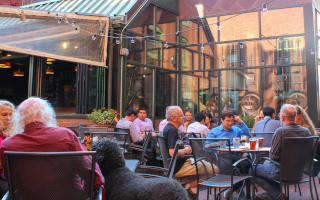 Where: Cambridge
What: Est. in 1989, Cambridge Brewing Co. is the oldest brewpub in the greater Boston area serving fresh handcrafted beer and food made with local ingredients. 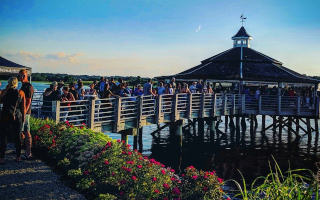 Where: Quincy
What: Widow Maker Brewing Gazebo currently has outdoor seating at their Quincy beer garden. Food truck and restaurant pop-ups will be featured on a rotating basis. 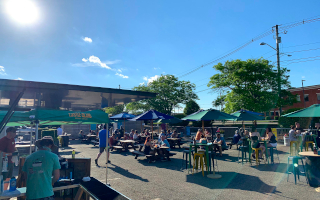 Where: Norwood
What: Castle Island Brewing Co teamed up with Lombardo’s of Randolph to create a safe and socially distant space to grab a bite and a beer outdoors. 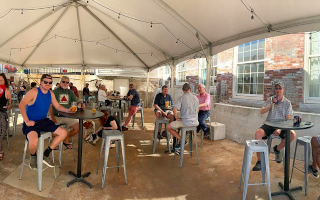 Where: Lowell
What: Navigation Brewing Co. patio is open with food for sale from a food truck. The beer/food menu will be posted in the outdoor patio area.

BONUS: Not exactly a beer garden, but still a boozy garden... 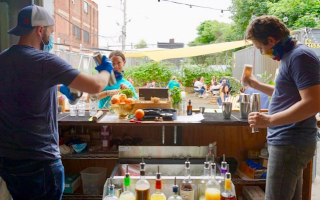 Where: Roxbury
What: Bully Boy's cocktail garden is officially here in Bully Boy's very our own backyard. The garden will be open on Fridays from 4-8pm & Saturdays from 12-8pm.

• City Winery on The Greenway 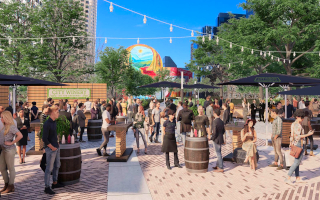 Where: Boston
What: Boston’s first outdoor wine garden is popping up at Dewey Square throughout the week. City Winery on The Greenway features wine by City Winery Boston and beer and cider by Harpoon Brewery.

• The Lexington at the Picnic Grove 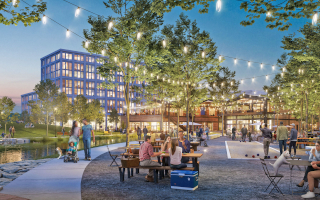 Where: Cambridge
What: A new outdoor dining experience that will provide socially distanced patio seating, tasty eats, and refreshing drinks during the summer months.

--
See our listing of the best patios in Boston and surrounding areas here.

See our listing of the best rooftops in Boston and surrounding areas here.