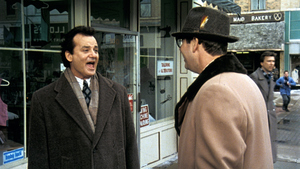 History repeats itself in this inventive, side-splitting comedy. Murray, a Pittsburgh weatherman on assignment in Punxsutawney, Pennsylvania, gets stuck in a comic time-warp and must experience the same Groundhog Day over and over again until he learns to appreciate the little things in life.

Matt Singer is the managing editor and film critic of the website ScreenCrush.com. For five years, he was the on-air host of IFC News on the Independent Film Channel, hosting coverage of film festivals and red carpets around the world. He’s been a frequent contributor to the television shows CBS This Morning Saturday and Ebert Presents At the Movies, and his writing has also appeared in print and online at The Village Voice, The Dissolve, and Indiewire.