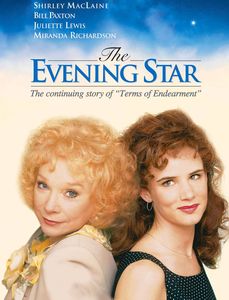 Still missing her daughter 13 years after her death in "Terms of Endearment," Aurora Greenway (Shirley MacLaine) struggles to deal with her grandchildren. While Tommy (George Newbern) keeps landing in jail, his brother, Teddy (Mackenzie Astin), is in a difficult marriage. Aurora's biggest problem is Melanie (Juliette Lewis), who plans to move in with her irresponsible boyfriend, Bruce (Scott Wolf). Depressed, Aurora is sent to therapist Jerry Bruckner (Bill Paxton), and the two begin dating.