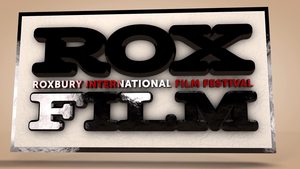 The filmmaker-focused festival continues its mark as being fiercely independent and amplifying underrepresented voices.

The Roxbury International Film Festival (RoxFilm), New England’s largest film festival celebrating people of color from around the globe, is excited to announce its 22nd festival will be virtual. RoxFilm will kick off opening night on September 30th with two documentary short presentations at 6:00PM, Charles Coe: Man of Letters directed by Roberto Mighty, and Betye Saar: Taking Care of Business directed by Christine Turner. The shorts will precede documentary feature The Sit-In: Harry Belafonte Hosts The Tonight Show where director Yoruba Richen recounts a week of sit-in interviews Harry Belafonte organized in February 1968 on The Tonight Show including Martin Luther King, Robert Kennedy, and Aretha Franklin – during a week where racial tensions were inflaming the nation and a divisive election was underway. Yoruba Richen will be hosting a LIVE post-screening conversation after the screening. Opening night will also include a virtual music program with local DJs after screenings.

RoxFilm festival all-access passes are $125, and individual event ticket prices will be $13 for opening and closing night, and $11 for individual film passes.

Over the course of six days, RoxFilm will showcase feature-length narrative films, documentaries, shorts, and animated films that are truly independent. The festival has featured and celebrated both films and filmmakers of color for the past two decades screening over 1,500 films to over 35,000 attendees. RoxFilm will also include “The Daily Read” program with local writers and actors via ZOOM, as well as LIVE panel discussions and Q&A sessions with filmmakers and special guests. RoxFilm will include multiple shorts programs this year, including “Next Generation Shorts” which will present shorts by local youth filmmakers from Lynn’s Raw Arts, Boston Arts Academy and other youth filmmakers from across the country. This year, RoxFilm takes place September 30 – October 5, 2020 via digital platforms at the Museum of Fine Arts Boston and ArtsEmerson.