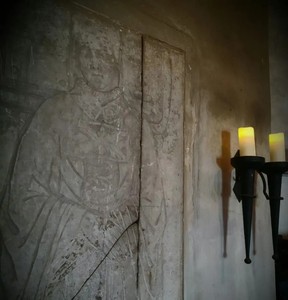 Thursday Night Spiritualism Tours: The American Spiritualism Movement enthralled America’s upper and middle class during the late 19th and early 20th centuries – John Hays Hammond Jr. and his wife Irene included. Both Hammonds took an active role in the movement, contributing to the body of work vastly in different ways. In honor of their involvement and interest in psychic capabilities, we offer the Spiritualism Tour.

These special tours delve into the history of the American Spiritualism Movement and the culture that formed around it, as well as the contributions of both Hammonds. We will discuss cultural phenomenons such as spirit photography and séances as well as the more scientific aspects of the movement such as Hammond’s research in ESP.

Tours run every Thursday night in October at 7pm, 8pm and 9pm.