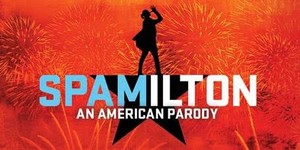 Where:
Calderwood Pavilion at the Boston Center for the Arts
539 Tremont St
Boston, MA 02116

Don’t miss this “convulsively funny” (The New York Times) parody from the comic mastermind behind the long-running hit Forbidden Broadway. After tearing it up in New York, Chicago, and Los Angeles, Spamilton: An American Parody will stage a singing, dancing, comedy revolution in Boston for a limited time only. The Huffington Post raves “you don’t have to see Hamilton to have side-splitting fun at Spamilton.”