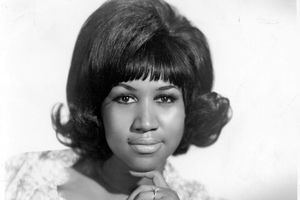 Joined by a full rhythm section, horns, background vocalists, dancers, and special guests, Berklee College of Music’s most outstanding lead vocalists and vocal groups will interpret Aretha Franklin’s rich canon. Produced by Maureen McMullan, this concert will feature the inspirational and powerful music that became the soundtrack to the lives of so many, including “Respect,” “Think,” “(You Make Me Feel Like) A Natural Woman,” “Chain of Fools,” “Rock Steady,” and many more.

The undisputed Queen of Soul, Franklin was one of few artists who not only defined their times, but also transcended them. She became a monumental figure in social change as a civil rights activist, icon for feminism, and symbol of hope that helped define the American experience. With global recognition on an unprecedented scale, Franklin had 20 no. 1 hits, sold more than 75 million records, and earned 18 Grammy Awards and 44 Grammy nominations. A recipient of the Presidential Medal of Freedom, she was the first woman inducted into the Rock and Roll Hall of Fame.