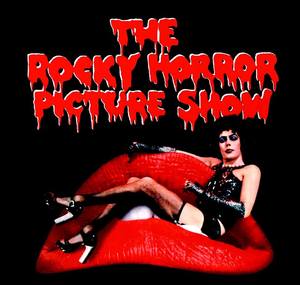 The Teseracte Players of Boston have many destinations on our travels across New England. We have been performing at the Arisia Science Fiction Convention in Boston for over 10 years. In recent years, we have been featured every night of the Arisia convention. We make several stops during the year at CinemaSalem (Salem, MA) performing as part of the North Shore Pride festivities (June) and performing shows during mid-October. We have been performing at Mohegan Sun in the Cabaret Theater (Uncasville, CT) for 7 years and have made it our last destination of our Halloween season. More recently we've performed at: Entertainment Cinemas (Leominster, MA) and Apple Cinemas (Cambridge, MA).

Rocky Horror has always been our focus however; over the past decade we began to explore other “shadow casting” possibilities. Joss Whedon's: "Buffy: Once More with Feeling,” the internet musical, "Dr Horrible's Sing-along Blog," which included "Commentary! The Musical," for several years. (Commentary! The Musical, Retired, Arisia 2014) We debuted a "shadow casting" first with "The Nightmare Before Christmas" in December of 2011(Debut: Cinema Salem. Featured: Arisia 2011) and The Princes Bride in 2015 (Debut: Entertainment Cinemas, Leominster. Featured: Arisia 2016 and TBA).

The Teseracte Players of Boston have had some home theaters over the last 20+ years, but we have always been a traveling cast. We have done some amazing shows in a numerous amount of destinations including; Chestnut Hill, Hollywood Hits (Danvers, MA), Coolidge Corner, Red River Theater (Concord, NH) , The Brattle Street Theater (Harvard Square) Trinity College (Hartford, CT), Regent Theater (Arlington, MA), Lucky Dog Music Hall (Worcester, MA), and many more.

We have many projects in development and many more shows coming to a theater near you! (If you live in New England) We'll keep you posted!