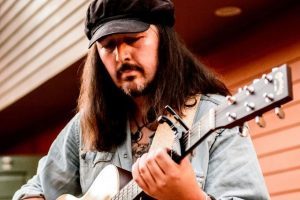 Matt has been performing professionally for 25 years but his interest in music goes much further back. Matt, like most people his age got started on his parents Beatles Albums but Matt's tastes are eclectic if anything. Citing influences such as: Aerosmith, the Black Crowes, Rolling Stones, Bob Dylan and the Band, Janis Joplin, but also; John Coltrane & Robert Johnson to name just a few. Matt's a well-seasoned musician who plays multiple instruments and has a wide range of experience from the many bands he's been in.

Matt's been in bands that have toured regionally and nationally. He's played venues from the famous Whisky a Go Go on Sunset Blvd. to local legends such as the Channel, Axis, Bunratty's & The Rat.

See him live at SKYBOKX.