Opening Celebration: The Bauhaus and Harvard 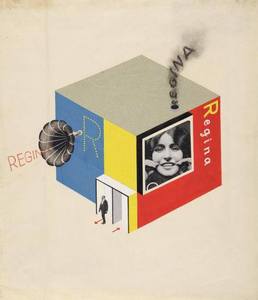 Join us to celebrate the opening of our latest special exhibition, The Bauhaus and Harvard, on view February 8–July 28, 2019.

Following an introduction to the exhibition by curator Laura Muir, Berlin-based artist Judith Raum will present a lecture-performance titled “Fabric in space, fabric out of space.”

Raum’s installations and videos aim to both reconstruct and deconstruct the functional fabrics developed in the Bauhaus weaving workshop. Her artistic research illuminates the context of their production and explores how it was formed by prejudices about the textile as a female medium and by contesting political ideas, from communism to radical nationalism, which affected existing notions of how to live and—consequently—how to design. In this lecture-performance, Raum will evoke the figure of Bauhaus weaver Otti Berger, whose archive is housed in the Busch-Reisinger Museum.

Founded in 1919 in Weimar, Germany, and closed just 14 years later, the Bauhaus was the 20th century’s most influential school of art, architecture, and design. Harvard University played host to the first Bauhaus exhibition in the United States in 1930, and went on to become an unofficial center for the Bauhaus in the United States when founding director Walter Gropius joined Harvard’s Department of Architecture in 1937. Today, the Busch-Reisinger Museum houses the largest Bauhaus collection outside Germany, initiated and assembled through the efforts of Gropius and many former teachers and students who emigrated from Nazi Germany, including Anni and Josef Albers, Herbert Bayer, Lyonel Feininger, and László Moholy-Nagy.

In conjunction with the 100th anniversary of the founding of the Bauhaus, The Bauhaus and Harvard presents nearly 200 works by 74 artists, drawn almost entirely from the Busch-Reisinger Museum’s extensive Bauhaus collection.

The opening celebration is free and open to the public, but tickets to the lecture are required. Tickets may be acquired in person, by phone, or online for a small fee through the Harvard Box Office, beginning at noon on Monday, January 28. Limit of two tickets per person. For more information, please visit the Harvard Box Office website.

The lecture will take place at 6pm, in Menschel Hall, Lower Level. Please enter the museums via the entrance on Broadway; seating for the lecture will begin at 5:15pm.

All museum galleries will remain open from 5 to 9pm. Guests are invited to view the exhibition on Level 3, to visit the collections galleries, and to enjoy a festive reception in the Calderwood Courtyard following the lecture.