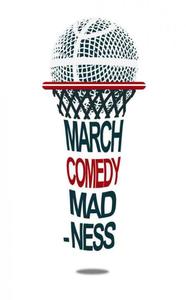 Thank you for being part of 2019's MADNESS: The 13th Annual March Comedy Madness where 100+ comedians participate in a one-on-one bracketed tournament style comedy event to raise money for the Brain & Behavior Research Foundation.

ABOUT OUR EVENT
Throughout March shows will take place at The Point, Boston; John Harvard's, Cambridge; Bent Water Brewing Company, Lynn; and MOOYAH (Tremont), Boston and will feature 8 comedians going head-to-head until one remains...
Finalists move on to our FINALS & CHAMPIONSHIP show at LAUGH Boston, Wednesday, April 3, 2019!

ABOUT OUR CAUSE
The Brain & Behavior Research Foundation is the world’s leading donor-supported organization dedicated to finding the causes, improved treatments and cures for mental illnesses. The Foundation funds research across a broad range of mental illnesses including addiction, ADHD, anxiety, autism, bipolar disorder, borderline personality disorder, depression, eating disorders, OCD, PTSD and schizophrenia. 100% of donor contributions for research are invested in research grants. I invite you to visit the Brain & Behavior Research Foundation website at www.bbrfoundation.org to learn more about the Foundation and its scientist grantees.

HOW TO DONATE
Via GoFundMe: https://www.gofundme.com/march-comedy-madness-comedians-for-bbrforg

Via Live Shows: Cash/Venmo/Square accepted at all shows


THANK YOU
For being part of the madness!