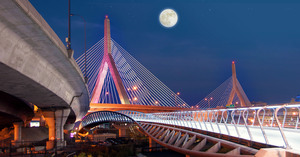 The moon technically won’t reach peak fullness until 12:44 am EDT on July 5, but it will appear full when it rises at 8:16 pm Saturday.

There is also a partial penumbral lunar eclipse the same night, visible to North America. The eclipse will begin at 11:07 pm EDT July 4th, reach maximum just before 12:30 am, and end at 1:52 am. About 1/3 of the moon will be covered by the earth’s "penumbral" shadow. 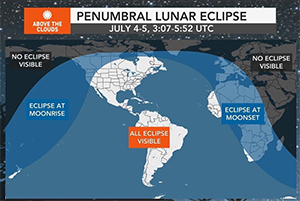 The moon rises in the east, so you're going to want to look that way. If you're trying to grab photos, go somewhere facing east with a picturesque foreground. Two well-known spots to watch a Boston moonrise are North Point Park in Cambridge and the BU Bridge on the Boston/Cambridge line.