Charles C. Mann on "The Edge of the Petri Dish: Wizards and Prophets" 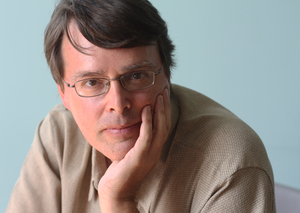 In 30 to 40 years, Earth’s population will reach 10 billion people, most of whom will be middle-class. Can our world support all those affluent people? Can we provide enough food, water, and energy? What kind of world will it be?

For decades the intellectual blueprints for answering these urgent questions have been provided by two deeply divided groups, “Wizards” and “Prophets," each inspired by a little-known twentieth-century scientist.

Wizards follow Norman Borlaug (1914-2009), the Nobel-winning plant breeder who was the main figure in the Green Revolution, the combination of high-yielding grain varieties, high-intensity fertilizer, and irrigation that doubled or even tripled global grain yields in the 1970s and 1980s, preventing millions of deaths from hunger. Borlaug has become the emblem of the belief that science and technology, properly applied, can help us produce our way out of our most pressing problems.

William Vogt (1902-1968), an ornithologist, was the principle founder of the environmental movement, the 20th century's only enduring ideology. In best-selling books and powerful species, he laid down the Prophet's fundamental argument: that the world has limits that humankind transgresses at its peril. Conserve! Conserve! was his mantra.

The two proposed solutions oppose each other, and provide radically different visions of the world to come.

Charles C. Mann is the author, most recently, of The Wizard and the Prophet. His previous books include 1491, which won the National Academies of Sciences' Keck award for best book of the year, and 1493, a New York Times bestseller. A correspondent for the Atlantic Monthly, Science, and Wired, he has covered the intersection of science, technology, and commerce for many newspapers and magazines here and abroad.