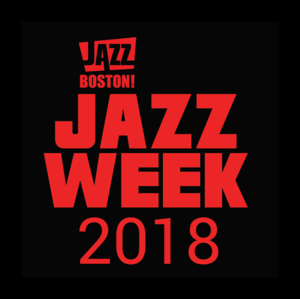 Revived by JazzBoston in 2007 after a 24-year hiatus, Jazz Week is a collaboration of Greater Boston’s jazz musicians, venues, presenters, and publicists to celebrate the music and the dynamic and diverse year-round jazz scene that makes Boston one of the world’s great jazz cities. JazzBoston provides the catalyst and promotes all events under the Jazz Week umbrella. We also produce special events that bring the music into neighborhoods and lower the cost barrier. More than 100 venues typically participate, with new ones signing on each year.

JazzBoston extends a big welcome to the Museum of Fine Arts, participating for the first time this year with a concert on Wednesday, April 25.

You would know Eric’s voice anywhere – introducing headliners at jazz festivals, lecturing on jazz history in university classrooms and museums – but where you’ve heard it the longest is on WGBH Radio. Eric arrived at WGBH in 1977 to host a show called “Artists in the Night.” In 1981 “Eric in the Evening” hit the airwaves and went on to introduce thousands of music lovers to jazz, become a fixture on the daily schedule of ardent jazz fans, and win Eric the title of Dean of Boston Jazz Radio.

JazzBoston honored Eric at a tribute concert during Jazz Week 2011, where we presented him with the Roy Haynes Award in recognition of his “exceptional contributions to jazz and the jazz community. (Roy himself was the first recipient in 2009; Fred Taylor was the third in 2014.) With Jazz Week 2018, we join WGBH in celebrating Eric’s long and distinguished career as a jazz radio host, with 40 of those years at the station. Look for “Eric events” nearly every day of the week, beginning with three events on Sunday of the kickoff weekend: Fred Taylor’s Jazz Brunch at the City Winery, followed by JazzBoston’s Annual Members & Friends Party at Pastoral, followed by the Cambridge Jazz Festival’s Eric Jackson Concert Series at the Abundant Life Church.

* JazzBoston’s very cool Annual Members and Friends Party is the place to be to connect with other members of the jazz community, thank Eric Jackson in person for decades of supporting Greater Boston’s jazz scene, hear great music by the Yoron Israel Trio – New Dreams, join the jam session, and enjoy great food from the Pastoral kitchen. Also, special guests, a few surprises, and great door prizes. Sunday, April 22, 2 – 5 PM, Pastoral, Fort Point. Not a Member? Join now, then RSVP by April 12 to be added to the guest list!

* Jazz at the Mosesian features The “Be-Bop” Guitars, an all-faculty band from Berklee College of Music. Wednesday, April 25, Mosesian Center for the Arts, Watertown.

* The Arlington Jazz Festival features John Patitucci and daughter Grei. Now in its 7th year, the festival runs for 4 days with a lineup of nearly two dozen artists appearing in several venues around town. The Festival, which includes an abundance of local talent, is also a celebration of the flourishing jazz scene throughout Greater Boston. April 25 – 29, Arlington.

Keep an eye on the Jazz Week Calendar for more updates: https://jazzboston.org/jazz-week-2018-events/