Blue Moon Over Boston on Halloween 2020 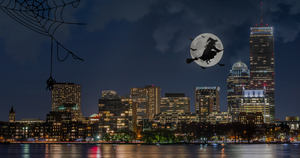 On Saturday, October 31, 2020—aka Halloween—the sun will set at 5:38pm, and 20 minutes later, at 5:58pm, a full “blue moon” will rise over Boston. The astronomical event will mark the first time since 1944 that all US time zones are treated to a full moon on Halloween.

An older definition of blue moon is that it’s the third of four full moons in a single season. In that case, the next true blue moon will occur on August 22, 2021.

HOW TO SEE THE MOON: 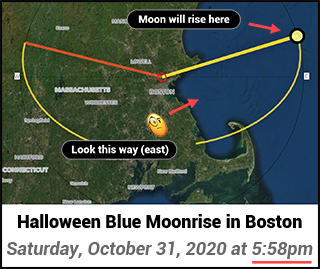 The moon rises in the east, so you're going to want to look that way. If you're trying to grab photos, go somewhere facing east with a picturesque foreground. Two well-known spots to watch a Boston moonrise are North Point Park in Cambridge and the BU Bridge on the Boston/Cambridge line.

See the below picture for reference. 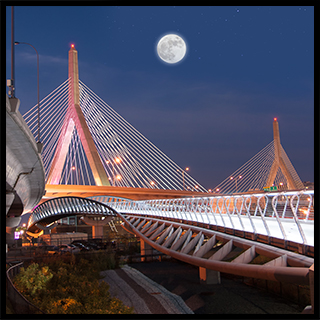