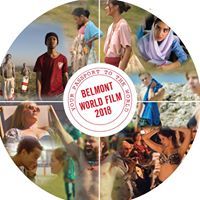 Nine films from the world’s top international film festivals will premiere at Belmont World Film’s 17th Annual International Film Series, which runs March 19-May 14 at the Studio Cinema in Belmont (376 Trapelo Road). Screenings take place mostly on Mondays at 7:30 PM with the exception or opening night on Sunday, March 18. All films are followed by thought-provoking discussions led by expert speakers and occasionally cultural performances. The opening and closing night films are preceded by dinner receptions featuring culturally-relevant cuisine at the theater.

This year’s series, “Bound by Beliefs,” features films that show how difficult it is to implement change in the face of long-held societal or community beliefs. All but one film is either a North American, East Coast or New England premiere and several are also their countries’ submissions to the Academy Awards’ Best Foreign Language Film category. As in the last several years, a full third of the films are directed by women. The festival also includes the most recent work by several well-known directors, including French director Laurent Cantet (Foxfire, The Class), Laurence Ferrerira Barbosa (Normal People Are Nothing Exceptional), and Tony Gatlif (Latcho Drom, Gadjo Dilo).

Opening night on Sunday, March 18, at 7:30 PM features the New England premiere of THE WORKSHOP, a thriller by French director Laurent Cantet that premiered at the Cannes Film Festival. In the once bustling port town of La Ciotat on the Mediterranean a group of young writers with multiple backgrounds are trying to reflect the town’s current rundown state in their group written thriller. The hostility and disturbing vision of one particular workshop participant soon alarms his peers and the instructor, a famous Parisian mystery writer. The screening is preceded by an optional opening night dinner reception at the theatre at 6:00 PM featuring Provencal cuisine catered by La Voile. The screening is part of the Month of Francophonie sponsored by the French Consulate in Boston.

The rest of the line-up includes:

Sponsors of the 2018 series include the Boston Portuguese Festival Camoes Institute, the Camoes Institute, and the Consulate General of France in Boston (Nation Sponsors), and East Boston Savings Bank and Whole Foods Market (Annual Capital Sponsors).