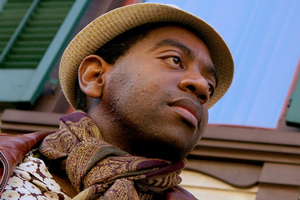 The Arlington Jazz Festival, now in its 8th year, has scheduled a wide variety of musical events, presented over a 4-day stretch in several venues around the town. This year, the Festival is headlined by Yosvany Terry, a Cuban-born musician, composer, Grammy Award nominee, and Doris Duke Artist Award winner.

According to the New York Times, Terry’s music has “helped redefine Afro-Cuban and Latin jazz as a complex new idiom.” DownBeat Magazine praises his work as being “physical, cerebral and spiritual music, with a lot of stories to tell.”

The Festival also continues to champion the vibrant jazz scene that flourishes beyond Boston’s city limits. An abundance of local talent will be on full display including performances by Albino Mbie, Mimi Rabson, David Harris, Hilary Noble, Tino D'Agastino, and special guest award-winning saxophonist Carla Marciano from Salerno Italy, making a special stop in Arlington while on a US tour with her quartet.

The Festival, which receives organizing and production assistance from Arlington-based Morningside Music Studio, has this solid mission: to raise awareness and appreciation of jazz through the confluence of top performers, local rising ensembles, and student groups, while also fostering a sense of community and an appreciation that Arlington and surrounding towns are indeed a cultural destination. The Arlington Jazz Festival is supported in part by a grant from the Arlington Cultural Council, a local agency supported by the Massachusetts Cultural Council, a state agency.