A Boston Pops Salute to Our Heroes 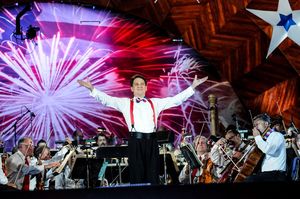 The 2020 Boston Pops Fireworks Spectacular broadcast, under the direction of Keith Lockhart, presents A Boston Pops Salute to Our Heroes. The broadcast on July 4 at 8pm will feature both new content and highlights from beloved performers from the past three years including:

Stream via Bloomberg television (available on cable/satellite and streaming services) and on Bloomberg radio on Saturday, July 4, 8-11pm EDT; show to be simulcast on July 4 on Boston's WHDH-TV.

Visit https://bostonpopsjuly4th.org for the latest details.