You Only Die Twice 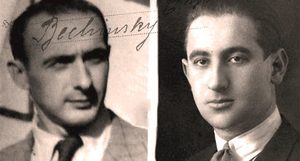 A Jewish detective story about Ernst Bechinsky, a man who died in Israel in 1969 - and then died again in Austria in 1987. But who was Ernst Bechinsky? Filmmaker Yair Lev’s grandfather who moved to Palestine before the war or the former President of the Jewish Community in Tyrol, Austria, who married into a family of ex-S.S. members? Lev is determined to unravel this complicated history full of deceptions and forgeries, reaching from Zagreb to Tel Aviv. What he finds is a surprising tale of sacrifice and friendship - and a grand love story.