Yemen: What Everyone Needs To Know 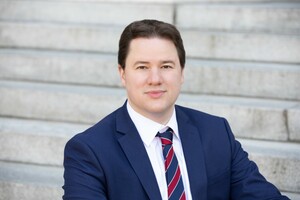 Professor Orkaby will discuss his research and thoughts on Yemen.

In 2014, a tribal alliance from Yemen's northern regions seized the capital city of Sana'a and overthrew a republic that had ruled since 1962. Known as the Houthi Movement, these rebels are today vying for control, sparring with southern separatist movements and former President Ali Abdullah Saleh's political party. Indeed, Yemen--located in the southwest corner of the Arabian peninsula--has become synonymous with civil unrest, sectarian conflict, famine, and rampant disease in recent years. Yet the country has a much deeper history--one that stretches back centuries.

In Yemen: What Everyone Needs to Know®, Asher Orkaby provides a broad-ranging, historical overview of the country and its peoples that focuses in particular on the contemporary situation. He covers the country's major political figures and ethnic groups, explaining the origins of each and their impact on contemporary national politics.

Asher Orkaby, PhD, is an associate research scholar at Princeton University’s Transregional Institute. He earned his PhD from Harvard University in International History and Middle Eastern Studies and is the author of Beyond the Arab Cold War: The International History of the Yemen Civil War, 1962-68 (Oxford University Press, 2017). Orkaby is also the author of a forthcoming book with Oxford University Press, What Everyone Needs to Know About Yemen. Over the course of the current conflict in Yemen, he has contributed regularly to Foreign Affairs, The National Interest, and many other policy publications and has commented on both English and Arabic media such as CSPAN, CGTN, Waqt News and Al-Hurra. His current research focuses on the history of chemical warfare in the Middle East.