Yaba Blay — One Drop: Shifting the Lens on Race 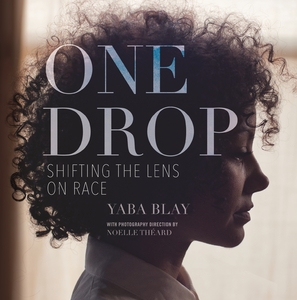 Join the Boston Public Library in partnership with the Museum of African American History (MAAH) for an online conversation with Yaba Blay, author of One Drop: Shifting the Lens on Race, and author, professor, anti-racist activist Ibram X. Kendi. Introducing this talk, which is part of the BPL's Repairing America Series, will be BPL President David Leonard and MAAH Director of Education and Interpretation L’Merchie Frazier.

In the United States, a Black person has come to be defined as any person with any known Black ancestry. Statutorily referred to as “the rule of hypodescent,” this definition of Blackness is more popularly known as the “one-drop rule,” meaning that a person with any trace of Black ancestry, however small or (in)visible, cannot be considered White. A method of social order that began almost immediately after the arrival of enslaved Africans in America, by 1910 it was the law in almost all southern states. At a time when the one-drop rule functioned to protect and preserve White racial purity, Blackness was both a matter of biology and the law. One was either Black or White. Period. Has the social and political landscape changed one hundred years later?

One Drop explores the extent to which historical definitions of race continue to shape contemporary racial identities and lived experiences of racial difference. Featuring the perspectives of 60 contributors representing 25 countries and combining candid narratives with striking portraiture, this book provides living testimony to the diversity of Blackness. Although contributors use varying terms to self-identify, they all see themselves as part of the larger racial, cultural, and social group generally referred to as Black. They have all had their identity called into question simply because they do not fit neatly into the stereotypical “Black box”—dark skin, “kinky” hair, broad nose, full lips, etc. Most have been asked “What are you?” or the more politically correct “Where are you from?” throughout their lives. It is through contributors’ lived experiences with and lived imaginings of Black identity that we can visualize multiple possibilities for Blackness.

Copies of One Drop may be purchased online via one of the BPL's community bookstore partners, Frugal Bookstore (https://frugalbookstore.net/).

“A gorgeous and evocative book. Through personal narrative, photographic portraits, and an astute historical backdrop, the reader is brought on a journey exploring both the borders and the depth of the complicated racial category ‘Black.’ Tears, laughter, and life-transforming ideas blossom on page after page.”
—Imani Perry, author of Breathe: A Letter to My Sons

Dr. Yaba Blay is a scholar-activist and cultural creative whose work centers the lived experiences of Black women and girls. She has launched viral campaigns including #PrettyPeriod and #ProfessionalBlackGirl and has appeared on CNN, BET, MSNBC, and NPR. Dr. Blay’s work has been featured in the New York Times, Ebony, Essence, and The Root. A thought leader on Black racial identity, colorism, and beauty politics, she is a globally sought-after speaker and consultant. Connect with her online at www.yabablay.com.

Ibram X. Kendi is one of America’s foremost historians and leading antiracist scholars. He is a National Book Award-winning and #1 New York Times bestselling author of seven books. Kendi is the Andrew W. Mellon Professor in the Humanities and the Founding Director of the Boston University Center for Antiracist Research. Kendi is a contributor writer at The Atlantic and a CBS News Racial Justice Contributor. He is also the 2020-2021 Frances B. Cashin Fellow at the Radcliffe Institute for the Advanced Study at Harvard University. In 2020, Time magazine named him one of the 100 most influential people in the world. Learn more at https://www.ibramxkendi.com/.