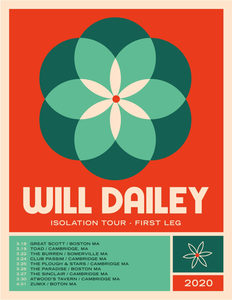 Watch Will Dailey perform from home on his Isolation Tour! Will is "on tour" in support of Boston venues.