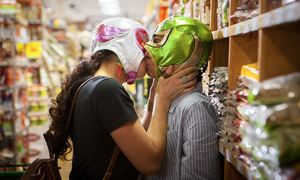 Save the Date! Wicked Queer 2017, Boston’s Annual LGBT Film Festival will be held at various venues around Boston March 30 – April 9, 2017.

The Boston LGBT Film Festival is the fourth oldest LGBT film festival in North America. The festival was founded in 1984 by film programmer George Mansour at the long departed South Station Cinema. In the last decade the Boston LGBT Film Festival has become the leading LGBT media organization in the Northeast that showcases international, US, and local film, video, and other media, fostering a greater sense of awareness and diversity among the lesbian, gay, bisexual, and transgender communities and allied audiences.

In over three decades of existence the Boston LGBT Film Festival has screened thousands of films, hosted hundreds of filmmakers, and entertained, educated, and encouraged dialogue amongst the diverse neighborhoods of the Greater Boston area.

Stay tuned for a full schedule of 2017 films.

The Boston LGBT Film Festival returns to the ICA for the opening night of its 33rd edition with a screening of Signature Move. For more than three decades, this “wicked queer” festival has celebrated the latest in queer cinema, bringing to Boston the best contemporary films by, for, and about the lesbian, gay, bisexual, and transgender communities.

In Signature Move, a new romance with Alma forces Zaynab to confront her relationship with her recently widowed mother who escapes to TV dramas and finding her daughter a husband. In this coming-of-age Muslim melodrama, Zaynab copes by taking up Lucha-style wrestling.