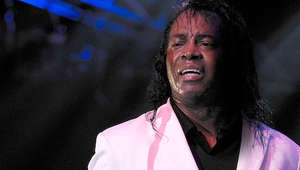 On April 4 in 1968, 130 cities throughout America had riots following the murder of The Reverend Martin Luther King, Jr. James Brown was scheduled to perform on the next evening in Boston on April 5, but fearing that rioting would occur, officials considered cancelling the concert. Mayor Kevin White and James Brown talked it through and despite grave concerns, the concert was held as James convinced the Mayor that he would be able to control the crowd -- which he did. It was an historic moment in musical history, as well as the history of Boston. When James Brown Saved Boston re-lives that concert with a tribute performance by Tony Wilson (a.k.a. The Young James Brown), frontman for The James Brown Band. See him thrill the house with song, dance while remembering "The Godfather of Soul" at the Regent Theatre.