“What the f*ck does anything have to do with Vietnam?”: The Big Lebowski and the Legacy of the 1960s 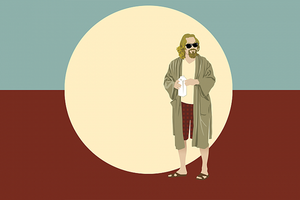 In 1998, the Coen brothers film The Big Lebowski was released to middling reviews and poor box office numbers. In the years since its release, though, Lebowski has evolved into a massive cultural phenomenon, with a loyal fan base whose reverence for the film’s eccentric characters, surreal dream sequences, and highly quotable dialogue fuels the film’s enduring popularity. In 2014, The Big Lebowski was chosen for preservation in the Library of Congress, declared “culturally, historically, or aesthetically significant.” Despite this attention, the film’s specific engagement with American history is often overlooked. Underneath a shaggy stoner detective story, the Coens constructed a complex engagement with the past, demonstrating how the social and political legacy of “the Sixties” remains operative in late ‘90s Los Angeles.

In this Olio, we will explore The Big Lebowski as a meta-text on the 1960s, unpacking how the film’s relentless references to specific events, movements, people, and other historical ephemera reveals a struggle to deal with the era’s many unanswered questions. Populated with characters that serve as stand-ins for 1960s archetypes, from the angry Vietnam veteran (Walter Sobchak), to the former student radical (The Dude), to the feminist avant-garde artist (Maude Lebowski), and many more, The Big Lebowski invites its viewers to consider how the past stays with us, forming lasting identities that reflect the wider social and political context from which they came. By viewing the film through the lens of history, we’ll uncover layers of meaning that may have eluded even the most devoted fans, examining how a seemingly lighthearted story masks a deep conversation about an era that continues to shape our cultural and political reality. What is The Big Lebowski really telling us about the 1960s?