What’s So Funny About Oppressive Regimes? 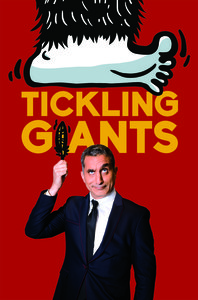 As a senior producer on The Daily Show with Jon Stewart and Trevor Noah, Sara Taksler has spent her career taking comedic pot shots at politicians. When she met Dr. Bassem Youssef, an Egyptian satirist who uses comedy to criticize Middle Eastern politics, Taksler witnessed first-hand how laughter thrives, even in terrifying circumstances. Tickling Giants, Taksler’s documentary about Youssef, is a hilarious story about finding comedy in unexpected places. Taksler joins the MIT Communications Forum to discuss the power of free speech and what’s so funny about oppressive regimes. A screening of Tickling Giants will be held at MIT in Room 26–100 on Friday, October 19th at 7pm.

Sara Taksler is a senior producer on The Daily Show with Trevor Noah and creator of the documentaries TWISTED: A Balloonamentary and Stop the Ignorance: The Beauty That Is New Jersey. Her latest documentary, Tickling Giants, premiered at the 2016 Tribeca Film Festival.

All Communications Forum events are free and open to the general public.