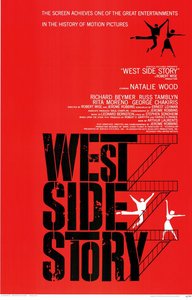 “Nothing short of a cinema masterpiece” – NY Times

"Technically, it is superb; use of color is dazzling, camera work often is thrilling, editing fast with dramatic punch, production design catches mood as well as action itself.” – Variety

Synopsis: This 1960s musical update of 'Romeo and Juliet' is the tale of a turf war between rival teenage gangs in Manhattan's Hell's Kitchen and the two lovers who cross battle lines to be together. The story and film has captivated audiences for more than five decades. The Stephen Sondheim/Leonard Bernstein score is just one of the reasons.