WBUR's On Point Presents "The Prime Effect: How Amazon Changes The Way We Live, Work And Shop 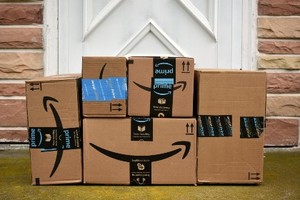 Join Meghna Chakrabarti, host of WBUR's On Point, and senior editor Dorey Scheimer for a behind-the-scenes look at their series "The Prime Effect." The series explores the ways Amazon is changing the way we live, work and shop; the company's history of innovation; and the reasons why the federal government is looking to scale the company back.

Dorey will open her reporter's notebook to give you break down the stories and details she learned while producing the eight-part series. They'll also be joined virtually by two special guests:

Joshua McNichols, KUOW reporter and host of the "Primed" podcast, which delves into what happened when Amazon set up shop in Seattle and how the company is changing life as we know it.

Tim Bray, former vice president and distinguished engineer at Amazon Web Services, who resigned last summer over the firing of Amazon employee activists. Bray will discuss what he describes as the best job he's ever had and why he felt he had to leave.

This event is co-produced by KUOW, Seattle’s NPR news station.