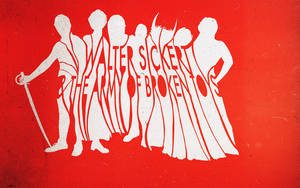 Nominated Boston’s Best Live Act and Vocalist of the Year by the Boston Music Awards three years running, Walter Sickert & The Army of Broken Toys is “The most diverse band in Boston in membership, style, and substance” (The Boston Globe).

Celebrate a sneak peek of their upcoming release of War Gospel, set to debut in late 2019, which is best summed up as a dystopian guerrilla opera. War Gospel is a visual song cycle that speaks to our times, both reflecting the current political climate and transcending the divisive “us vs. them” mentality that debilitates progress. With shades of early Alejandro Jodorowsky, War Gospel could easily be described as Walter Sickert’s Holy Mountain.

Come experience the beautiful, dystopian chaos in a night meant to foster community, resistance to oppression, and revolution!