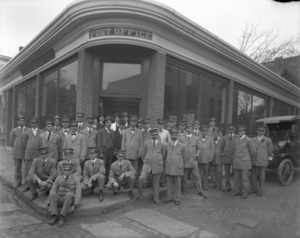 Join the Jamaica Plain Historical Society to tour Green Street. Laid out in 1836, the street played a key role in Jamaica Plain’s development, functioning as a residential, commercial, and transportation conduit in the lives of the district’s residents. Although Green Street was subdivided as early as 1851 for stores, factories and houses, it was not extensively developed until the late 1870s with construction continuing until the early 1900s. The Bowditch School was completed in 1892, and early in the 20th century the United States Post Office moved from its location on Call Street at Woolsey Square to its new location at the corner of Green and Cheshire Streets.
All tours are free to the public and are offered on dates shown. Tours last between 60 and 90 minutes and are canceled in case of heavy rain. No reservations are required, just meet the guide at the location listed.