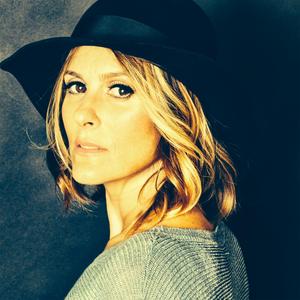 Holly Palmer has recorded, toured, and collaborated with industry icons including David Bowie, Sting, Dr. Dre, Gnarls Barkley, Seal, and others, in addition to releasing four well-received albums of her own. After recording her critically acclaimed second album, Palmer was invited by David Bowie to sing on his album Hours. She was featured on the opening track "Thursday's Child,” proclaimed by Q Magazine as one of the top moments of the year 2000.

Lately, Palmer has been finishing two new albums. The soon to be released A Family Album: a very personal and jubilant pop album about finding joy in unexpected places with the people you love. She was inspired by her experiences with her son Maceo, who has cerebral palsy. Next, she will release a jazz album recorded with a world-class band of musicians: Larry Goldings, two-time Grammy-winner Cuong Vu, David Piltch, and esteemed fellow Berklee alumnus Jay Bellerose. It is an album of American Songbook standards which reveals the inner thoughts of a woman over the course of an evening.

Her newest single recording is a song she wrote called “Human,” produced by Steve Jordan and written in honor of David Bowie, which contains the core message of Palmer's inclusion initiative, a message that David Bowie certainly put forward in his music throughout his life.

Other recent work includes singing audience theme songs on the Conan O’Brian Show, commercials for Kay Jewelers, Rice Krispies, Petco, and Aquafina. She recently completed a global goodwill tour in the U.S., Europe, and Asia with the Celebrating David Bowie show and is looking forward to a European tour this fall with the David Bowie Alumni band.