Vita and the Woolf / Queen of Jeans 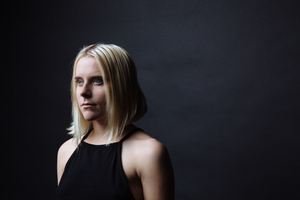 Vita and the Woolf is a Philadelphia-based band that has been melding a variety of influences in its powerhouse electronic style since it released its first EP Fang Song in 2014. The band’s head-turning live show has since grown to reflect both the range of frontwoman Jennifer Pague’s anthemic vocals and the music’s shape-shifting energy. In the past couple of years, Vita and the Woolf has toured with Rasputina, Clap Your Hands Say Yeah, and Bell X1. This summer they also made some festival appearances, including a performance at Firefly Music Festival. The band recently released its highly anticipated new album Tunnels.

Queen of Jeans is a female-fronted quartet from South Philadelphia. With '60s girl group-influenced vocal harmonies and textured melodic pop instrumentation, the “queens” seamlessly blend the best of their self-described “denimcore” and “crockpot pop” genres. They’re also probably your mom’s favorite band, but they don’t like to make a big deal out of it.