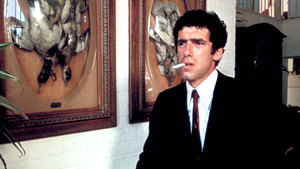 Elliott Gould gives one of his best performances as a quirky, mischievous Philip Marlowe in The Long Goodbye, a gloriously inspired tribute to Hollywood with an ending that's as controversial as it is provocative. Co-starring Nina Van Pallandt, Sterling Hayden, Mark Rydell, and Henry Gibson with a screenplay by Leigh Brackett (The Big Sleep).

Sam Adams is a Senior Editor at Slate. His writing has appeared in Rolling Stone, The Los Angeles Times, The Dissolve, IndieWire, Entertainment Weekly, Variety, The Hollywood Reporter, and The Philadelphia Inquirer.