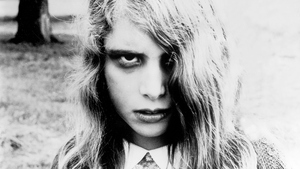 Shot outside of Pittsburgh at a fraction of the cost of a Hollywood feature by a band of filmmakers determined to make their mark, George A. Romero’s Night of the Living Dead is one of the great stories of independent cinema: a midnight hit turned box-office smash that became one of the most influential films of all time.
A deceptively simple tale of a group of strangers trapped in a farmhouse who find themselves fending off a horde of flesh-eating ghouls newly arisen from their graves, Romero’s claustrophobic vision of a late-sixties America (literally) tearing itself apart rewrote the rules of the horror genre, combined gruesome gore with acute social commentary, and quietly broke ground by casting a black actor (Duane Jones) in the lead role.
A lifelong cinephile, Mark landed in Boston and immediately fell in love with the Coolidge Corner Theatre during a midnite screening of Alejandro Jodorowsky’s El Topo. Boston’s NPR station has said of him, “It’s an understatement to say that Mark Anastasio knows horror movies. This guy knows horror movies the way Ted Williams knew hitting and Stephen Hawking knows physics.” Mark has served as a juror for film festivals such as Independent Film Festival of Boston and the Boston Underground Film Festival. He has been a featured speaker on the subject of midnite movies at the Arthouse Convergence, and has written for numerous film sites and horror zines.