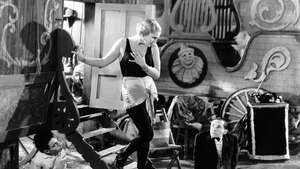 Edited for American distribution and banned in England for over 30 years, Freaks is horror film master Tod Browning's fictional film based on the true life experiences of circus sideshow performers.

Today, it has taken on cult status for its campy plot centered around a beautiful trapeze artist named Cleopatra who agrees to marry Hans, the leader of a troupe of side-show performers. The sideshow "freaks" discover Cleopatra is only interested in Hans' future inheritance and set out to make her... one of them.

Kristen Lopez has been an entertainment writer, film critic and pop culture essayist for 12 years. Her work has been published on Forbes, MTV, and The Hollywood Reporter, among other places. She holds a Masters in English from California State University, Sacramento. In her free time she podcasts and spends her days binging on Turner Classic Movies.