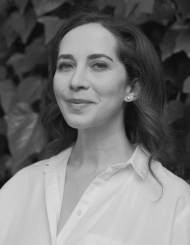 Harvard Book Store's virtual event series welcomes BESS KALB—Emmy-nominated writer for Jimmy Kimmel Live and regular contributor to the New Yorker's "Daily Shouts"—for a discussion of her debut memoir, Nobody Will Tell You This But Me: A true (as told to me) story. She will be joined in conversation by award-winning actor, writer, director, and comedian MIKE BIRBIGLIA, author of the bestseller Sleepwalk with Me and Other Painfully True Stories.

Bess Kalb is an Emmy-nominated writer for Jimmy Kimmel Live. Her writing for the show earned her a Writer's Guild Award in 2016. She has also written for the Oscars and the Emmys. A regular contributor to The New Yorker's "Daily Shouts," her work has been published in The New Republic, Grantland, Salon.com, Wired, The Nation, and elsewhere. She lives in Los Angeles.

Mike Birbiglia is a comedian, storyteller, director and actor who has performed in front of audiences worldwide. His shows “My Girlfriend’s Boyfriend” and “Thank God for Jokes” were both filmed for Netflix. In addition to performing live, Mike is an author and filmmaker who wrote, directed and starred in the films Sleepwalk with Me and Don’t Think Twice. His book Sleepwalk with Me and Other Painfully True Stories was a New York Times bestseller and a finalist for the Thurber Prize for American Humor. He is a contributor to This American Life on public radio. In 2017, Mike was honored with the Kurt Vonnegut Award for humor.

Ticketing
In lieu of our traditional ticketing at this time, we ask that you pay what you can to support our virtual event series and this indie bookstore. We recommend a $5 contribution, or you can support Harvard Book Store by purchasing a copy of Nobody Will Tell You This But Me from our affiliate Bookshop page here.

We are so excited to be able to continue bringing authors and their books to our community, particularly during such challenging times, and your patronage and enthusiasm are what make it possible.

About Nobody Will Tell You This But Me

Bess Kalb, Emmy-nominated TV writer and New Yorker contributor, saved every voicemail her grandmother Bobby Bell ever left her. Bobby was a force—irrepressible, glamorous, unapologetically opinionated. Bobby doted on Bess; Bess adored Bobby. Then, at ninety, Bobby died. But in this debut memoir, Bobby is speaking to Bess once more, in a voice as passionate as it ever was in life.

Recounting both family lore and family secrets, Bobby brings us four generations of indomitable women and the men who loved them. There’s Bobby’s mother, who traveled solo from Belarus to America in the 1880s to escape the pogroms, and Bess’s mother, a 1970s rebel who always fought against convention. Then there’s Bess, who grew up in New York and entered the rough-and-tumble world of L.A. television. Her grandma Bobby was with her all the way—she was the light of Bess’s childhood and her fiercest supporter, giving Bess unequivocal love, even if sometimes of the toughest kind.