Virtual Berklee Summer in the City 2020 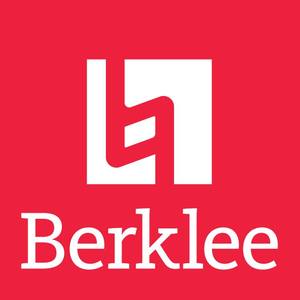 Berklee College of Music's Summer in the City series is back this month with virtual concerts every Thursday, July 16 through August 27, at 8:00 p.m. EDT. Copresented with some of Boston’s most beloved institutions, all events are available to stream on Berklee's Facebook, Instagram, and YouTube channels.

The 2020 edition of the series will feature Berklee students and recent alumni putting their own spin on tracks by Ariana Grande, Justin Bieber, Lizzo, Blackpink, H.E.R., Dua Lipa, Rosalía, Travis Scott, and more, via prerecorded video, from locations around the world. Previous Summer in the City performers have included Betty Who, Esperanza Spalding, Haerts, Stray Birds, and Sierra Hull.

“Summer in the City is a beloved Berklee tradition. In these unprecedented times, I am thrilled we are able to continue to host these concerts in a virtual medium,” said Berklee President Roger H. Brown. “I hope these spirited performances from some of the world’s most promising young musicians will inspire those tuning in from home.”

Summer in the City is presented in partnership with Mayor Martin J. Walsh and the City of Boston, Boston Harbor Now, Friends of the Public Garden, Club Passim, Regattabar, Salem Jazz and Soul Festival, the Prudential Center, the Rose Kennedy Greenway Conservancy, Charles Hotel, the Fenway, and City Winery Boston.

Taylor Deneen is a singer-songwriter, producer, and performer with a double major in professional music and contemporary writing and production at Berklee. Deneen’s signature sound is influenced by a variety of genres, including contemporary R&B, neo-soul, jazz, and gospel. She is a 2017 National YoungArts winner and a recipient of Berklee's Elizabeth Boland Scholarship. In 2019, Deneen traveled to Latin America and Russia, touring and performing in festivals, workshops, and master classes alongside a group of student ambassadors from the college.

Thursday, August 20, 8:00 p.m. EDT: Floradora the Explora performing: "How You Like That” by Blackpink and “Juice" by Lizzo

Floradora the Explora is a live performance band led by singer Flora Son and arranger/keyboardist Haeun You. They have played three showcase series since 2018 highlighting the music of artists such as Anita Baker, Lalah Hathaway, Jessie J, Lizzo, Rita Ora, Adele, Harry Styles, and Kirk Franklin. The group interprets and arranges songs in their own style, creating a joyful experience both for the audience and the musicians on stage.

Conscious rapper Tristan Simone incorporates the sounds, styles, and energies of his multicultural heritage into all of his music. Hailing from Madrid and Boston, Simone’s charisma and unique background make him a standout in today’s hip-hop scene. He maintains a strong presence in the LGBTQ+ community, and is one of only a few students to be accepted to Berklee by rapping in his audition. Simone has performed for Justin Timberlake, Tia Ray, Missy Elliott, T-Pain, Sylvia Rhone, Kurtis Blow, and Patáx. He recently released collaborative singles "Bliss of the Moment" and "Numbers." Later this year, he is releasing his debut album, The Testimonial Dance of Bella Madness, which features a global lineup of musicians and producers.