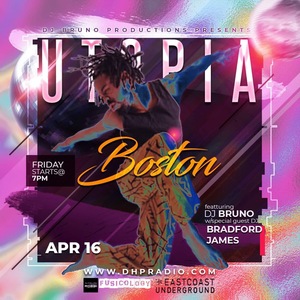 
Who is Bradford James?

Bradford's deep to the core; Label Owner, and DJ who has produced & co-produced records on labels; Yoruba Records, Dailysession, Sole Channel Music, Future Vision, Trippin Records, Quantize, Plastik People, Love City Edits, Seed Recordings and more.
Over the past two plus decades Bradford has been responsible for holding events all over the east coast. Having shared the stage with some of the best talents worldwide. Notably Seed in the City parties in Boston/NY (2006-2013) Co-founder of the original Galaktik loft parties in Brooklyn (2010-2011), Uplifted parties with Eman, Love City with Frankie Feliciano, Dailysession Label night at Jupiter Disco, and My House at the Dance NYC.

He is known to dig deep within the sounds of Detroit, Chicago & New York; blending sounds from the past to the present. His melodic style of mixing has set him apart from many and has showcased his musical talents as a musician.