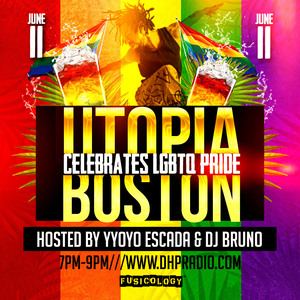 ABOUT OUR HOST Yyoyo Escada:
Yyoyo is a Black, Native American professional dancer from Roxbury/Dorchester Massachusetts. Yyoyo learned many of her favorite dance styles from different prestige dancers such as; Duggan Hill, Tyrone Proctor, Derrick Davis, London Escada, Danielle Polanco, Wiggles, Brian 'Footwork' Green, ShabbaDoo, and ChuLing. Yyoyo first learned Hip Hop street jazz at 7 years old at St. Joseph elementary school. And then performed tap and ballet for recitals from 7 to 10 years old. Yyoyo begun modeling at the age of 10, for Faces modeling agency and learned runway from Josie Coleman.
In middle school Yyoyo learned modern dance and fought through teenage body dysmorphia, where she didn't feel she was enough. And struggled with eating disorders and depression. Eventually those feelings subsided as she grew more into her craft and received gratitude from her peers and people whom she inspired. Dance was found to be medicine. Yyoyo learned from watching performers such as Michael Jackson, Selena, Janet Jackson and many more.
Dance became a career at 14 years old when she joined her 1st dance troupe 'Boston City Lights'. Duggan Hill became a trusted mentor and sent Yyoyo's alumni to Paris in 2001 and in 2008. In 2012, New Skool Assassins was created by winning a 5 on 5 AllStyle dance battle for the chance to compete in Germany; where they later became the first dance group from Boston to guest perform for SDK-Szech Republic World Wide AllStyle Dance Competition in 2013. Yyoyo also opened up for Elephant Man, Omarion, Lady Saw and B2K. In 2005, Yyoyo became the first leading lady in Boston to incorporate Waacking in a freestyle at 'Elements' Boston University 2006 and again at Hip Hop International 2007 for great Hip Hop crew 'Phunk Phenomenon (demonstrating how to tip-Flamboyant walk in Vogue)'. Yyoyo also became a part of the resurgence of the first generation of Waackers, competing in 2007 'House Dance Conference-New York.
In 2020, Yyoyo appeared on new Ballroom, hit T.V show 'Legendary' with The Iconic House of Escada. They placed 3rd in the competition, along with The House of Lanvin coming 2nd and The House of Balmain coming in 1st place. The House of Escada is known worldwide in the LGBTQ community and continues to create positive opportunities for their members while spreading so much love to ALL they come into contact with. Yyoyo is not only a professional dancer. But also a Mother of two children. She is a divine Reiki Master, Spiritual Reader, Artist, Writer and Hair Dresser, and an Aspiring 'Helper'. Yyoyo wishes to build a solid foundation for others to follow through dance, life and spiritual philosophy.
ABOUT DJ BRUNO:
I’ve been Djing in Boston since 1987. Became known in the college scene in the late 80’s to early 90’s for mixing Hip Hop, Reggae, RnB & House Music. Then in 1991 I began a residency at the BOSTON LOFT after-hours club with Armand Van Helden. Then in February of 1992 I started the Legendary Utopia Parties. Utopia still remains as one of Boston’s hottest DEEP HOUSE MUSIC events. In 2006 Boston Magazine awarded me DJ OF THE YEAR. In 2007 Weekly Dig awarded Utopia Sundays the BEST HOUSE NIGHT IN BOSTON. On December 22, 2012city councilor Tito Jackson gave me an award that said December 22, 2012 was DJ BRUNO DAY,
Due to the pandemic most clubs are not opened to the public so I decided to take my music virtually on Mondays from 11am-12pm on www.facethebassrecords.com and
Fridays from 7pm-9pm on www.dhpradio.com.
My motto is “IF WE DANCE TOGETHER, WE CAN LIVE TOGETHER” and when this pandemic ends we I will continue to spread that motto all over the world whetherit be virtually or in person 🙂
email: djbruno016@gmail.com
IG: djbruno30