US-Cuban Relations in the time of Coronavirus 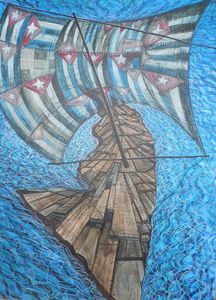 This event is virtual. To register, please visit https://harvard.zoom.us/webinar/register/8815859381199/WN_ag9ZezweQiyxrHaqXnIgyw

Ambassador Jeffrey DeLaurentis served as the first Charge d’Affaires at the U.S. Embassy in Havana, Cuba, following the re-establishment of diplomatic relations between the United States and Cuba. Prior to taking up his Cuba post in August 2014, he was Ambassador/Alternate Representative for Special Political Affairs at the U.S. Mission to the United Nations. Previously, he served as Deputy Assistant Secretary of State for the Bureau of Western Hemisphere Affairs, and as Minister Counselor for Political Affairs and Security Council Coordinator at the U.S. Mission to the United Nations. Ambassador DeLaurentis began his Foreign Service career in 1991 as a consular officer in Havana. He retired from the State Department in August 2018 and is currently a Distinguished Resident Fellow in Latin American Studies at the Institute for the Study of Diplomacy and a Centennial Fellow at the Walsh School of Foreign Service, both at Georgetown University. He is also a Senior Advisor with the Albright Stonebridge Group, and a Non-resident Visiting Fellow at the David Rockefeller Center for Latin American Studies, Cuba Studies Program at Harvard University. A member of the Council on Foreign Relations and the American Academy of Diplomacy, Ambassador DeLaurentis is a graduate of the Georgetown University Walsh School of Foreign Service and Columbia University Graduate School of International and Public Affairs.

Presented in collaboration with The Cuban Heritage Collection, University of Miami - The Cuban Research Institute, Florida International University - The Cuba Program, ILAS, and Columbia University. Supported by the Ford Foundation.