Urban Archipelago: An Environmental History Of The Boston Harbor Islands 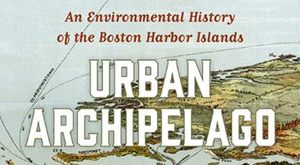 The Boston Harbor Islands have been called Boston's "hidden shores." Previously home to prisons, asylums, and sewage treatment plants, this surprisingly diverse ensemble of islands has existed on the urban fringe over the last four centuries. Pavla Šimková reinterprets the Boston Harbor Islands as an urban archipelago, arguing that they have been an integral part of Boston since colonial days. Drawing on archival sources, historic maps and photographs, and diaries from island residents, she attests that the harbor islands' story is central to understanding the ways in which Boston has both shaped and been shaped by its environment over time.