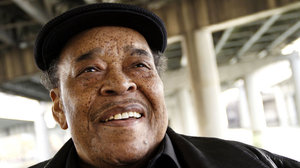 A must-attend show for blues aficionados, the all-ages show will take place at the Narrows Center for the Arts 16 Anawan Street, Fall River, MA. This tribute will be a once-in-a-lifetime opportunity to hear the world’s greatest blues harmonica players, guitarists and singers pay tribute to Cotton, many of whom played with him over the course of his storied career. “James Cotton was a true legend in the music world, setting the path for many other artists to follow,” said James Montgomery. “Every artist performing in this show, myself included, was inspired in some way by the work of James Cotton. Every blues musician today owes a debt to him and it’s an honor to be part of this tribute.”

James “Superharp” Cotton, who died in 2017, was one of the last American blues legends to trace his history to the beginning of blues music. He rose from humble beginnings in Tunica, Mississippi to become a protégé of Sunny Boy Williamson, and played with Howlin Wolf, the Muddy Waters band and later became a bandleader and solo artist. He went on to tour with the Rolling Stones, Janice Joplin, Paul Butterfield, the Grateful Dead, Led Zeppelin, Santana, BB King, Steve Miller, The Who, Richie Havens and other rock and roll greats, won a Grammy in 1996 and was later inducted into the Blues Hall of Fame.

The show on December 6 will be recorded for a documentary about James Cotton, being produced in conjunction with Northern Light Productions, scheduled for release in 2019. The film, They All Stood Up, is a feature documentary that traces Cotton’s career, one that began at 9 and continued for more than 70 years until his death at age 81.