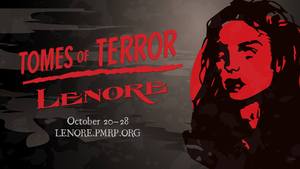 In the chilling story of Hurst of Hurstcote, an old friend’s visit to Hurstcote takes an unexpected turn when the lady of the house falls ill and her husband refuses to let her go.

One man’s fear of being buried before his time leads to an obsession with just such cases in The Premature Burial. But no one could really fall victim to such a horrible fate- could they?

In a land plagued by a greedy king, a visiting queen wants nothing more than to help the poor, starving people of the country in Poe's Hop-Frog. However, Hop-Frog has her own plans on how to exact revenge…

You can make a reservation to pay at the door or buy tickets in advance at http://pmrp.org/tickets!