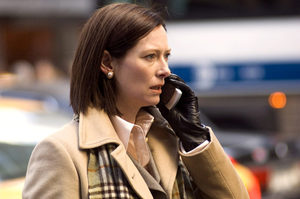 A Year of Women in Cinema, Part IV

While it seems a bit over the top to declare her the “world’s greatest actress,” it wouldn’t be out of place to call Tilda Swinton one of the world’s greatest screen performers of any gender. Equally at home in comedy, drama, big-budget action, documentary, and miniscule-budget-verging-on-performance-art projects, Swinton has blazed a trail as a truly idiosyncratic film artist over the course of three decades. From her debut performance in Derek Jarman’s CARAVAGGIO to her more recent work with Jim Jarmusch, the Coen Brothers, and Bong Joon-ho, Swinton has proven herself to be one of the most adventurous and refreshing figures in film acting today. Please join us for this celebration of a one-of-a-kind figure in contemporary cinema.