This Is the Night Our House Will Catch Fire: Author Nick Flynn, Photographer Ryan McGinley, and Musician Thalia Zedek 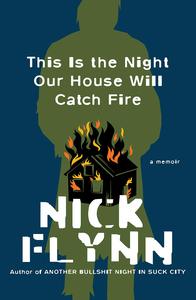 Join the Boston Public Library in collaboration with the City of Boston Arts & Culture Department for an author talk with Nick Flynn, who will discuss This Is the Night Our House Will Catch Fire: A Memoir. Photographer Ryan McGinley will serve as moderator, and there will be musical performances by Thalia Zedek. While registration is now full, this program may be viewed on the BPL YouTube page at https://youtu.be/p-ezEfE_bs4.

Our community partners Trident Booksellers & Cafe is selling copies signed by the author via their online store of This Is the Night Our House Will Catch Fire: A Memoir. To purchase this book, visit https://www.tridentbookscafe.com/book/9781324005544 and use the free shipping (media mail only) coupon code BPLSHIP, which can be applied under the "Coupon discount" field on the order form used during checkout. Buyers who order more than one copy from Trident will receive a poster.

When Nick Flynn was seven years old, his mother set fire to their house. The event loomed large in his imagination for years, but it’s only after having a child of his own that he understands why. He returns with his young daughter to the landscape of his youth, reflecting on how his feral childhood has him still in its reins, and forms his memories into lyrical bedtime stories populated by the both sinister and wounded Mister Mann.

With the spare lyricism and dark irony of his classic, Another Bullshit Night in Suck City, Flynn excavates the terrain of his traumatic upbringing and his mother’s suicide. This Is the Night Our House Will Catch Fire unravels the story of the fire that Flynn had to escape, and the ways in which, as an adult, he has carried that fire with him until it threatens to burn down his own house. Here Nick confronts his failings with fierce candor, even as they threaten to tear his family apart. His marriage in crisis, Flynn seeks answers from his therapist, who tells him he has “the ethics of a drowning man.”

This Is the Night Our House Will Catch Fire takes us on the journey of a man struggling to hold himself together in prose that is raw and moving, sharp-edged and wry. Alternating literary analysis and philosophy with intimate memoir, Flynn probes his deepest ethical dilemmas.

Nick Flynn is the author of This Is the Night Our House Will Catch Fire and three previous memoirs, including the PEN/Joyce Osterweil Award–winning Another Bullshit Night in Suck City, and four volumes of poetry. A professor on the creative writing faculty at the University of Houston, he lives in Brooklyn, New York. Learn more about Nick Flynn at the following links:
http://www.nickflynn.org/
https://blueflowerarts.com/artist/nick-flynn/
https://wwnorton.com/author/FLYNNNICK/nickflynn

Ryan McGinley "produces work that is candid, revealing, and erotically charged, drawing on and subverting the conventions of the documentary genre. His subject has primarily been the lives and debaucheries of young people, beginning early on with Polaroids of friends and acquaintances in and around New York’s downtown art scene" (Artspace). Learn more about Ryan McGinley at the following links:
https://ryanmcginley.com/
https://www.artspace.com/artist/ryan_mcginley
https://www.instagram.com/ryanmcginleystudios/

Thalia Zedek is an unparalleled voice in rock music. Her music straddles the line between intimate and visceral. Zedek has received wide acclaim for her intense vocal performances and guitar playing in past projects Come, Uzi, Live Skull, and most recently her new trio E with Gavin McCarthy (Karate) and Jason Sidney Sanford (Neptune). Since the dissolution of Come, Zedek has focused her solo efforts on more vulnerable, stripped back arrangements. Her new album Fighting Season combines the grit of her past with the fragility of her solo releases, spinning tales of discord and struggle from the personal to the political and featuring performances by old friends Chris Brokaw (Come) and J. Mascis (Dinosaur Jr.). Through her exceptional songwriting and performances, Thalia Zedek’s fervent passion can be felt more than ever on Fighting Season, from blustering swirls of dissonance to hushed whispers. Learn more about Thalia Zedek at the following links:
http://www.thrilljockey.com/artists/thalia-zedek
https://thaliazedek.bandcamp.com/album/e