The World Turn'd Upside Down 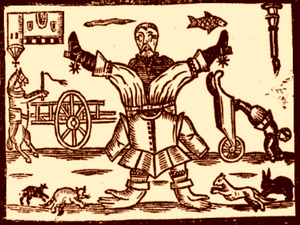 On the eve of Election Day, we revisit a time of strangely familiar political unrest–the English Civil War and Interregnum. This tumultuous era (1640-1660) produced music that resonated deeply for both commoners and nobility throughout the British Isles. The royalist Cavaliers and Cromwell’s “roundheads” both produced songs that satirized the opposition and promoted their own views or glorified martial heroes. Charles I’s court contained many notable musicians, including viol player and composer William Lawes; he gave his life for the Royalist cause, but not before composing some of the most sublime and bizarre consort music of the 17th century. The program features music by Lawes, Jenkins, Tomkins and Locke, selections from The English Dancing Master, and our own settings of Civil War ballads from both sides!