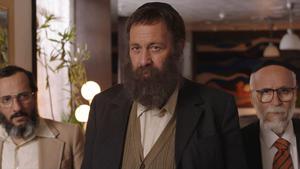 It’s 1983 and the religious party in Israel is led by the Ashkenazi elite. Yakov Cohen, a Mizrahi printer in Jerusalem, doesn’t have money, connections, or political experience, but after his daughter is expelled from an Ashkenazi yeshiva, he decides that things need to change. Yakov’s campaign is informal but with the help of two friends, a great sense of humor and a whole lot of determination, he is going to build a new political party from the bottom up. Directed by the creator of Shababnikim, The Unorthodox is a fictionalized account of the creation of Israel’s Shas party.