The Strange Genius of Mr. O: The World of the United States' First Forgotten Celebrity 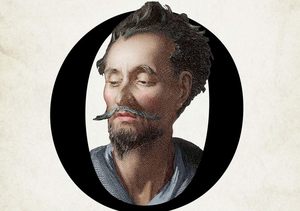 When James Ogilvie arrived in America in 1793, he was a deeply ambitious but impoverished teacher. By the time he returned to Britain in 1817, he had become a bona fide celebrity known simply as Mr. O, counting the nation's leading politicians and intellectuals among his admirers. And then, like so many meteoric American luminaries afterward, he fell from grace. Ogilvie's career featured many of the hallmarks of celebrity we recognize from later eras: glamorous friends, eccentric clothing, scandalous religious views, narcissism, and even an alarming drug habit. Author Carolyn Eastman, along with Sara Georgini, will discuss Ogilvie’s history, which is at once a biography of a remarkable performer and a story of the United States during the founding era.