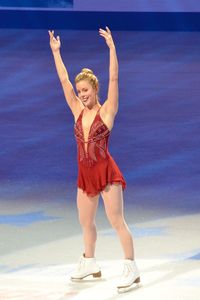 In addition to Ashley Wagner, the show will feature skaters from The Skating Club of Boston including soloist, groups, wee skaters, Team Excel Synchronized Skating and Theatre on Ice of Boston teams.

Immediately after the show, the Mugar Family Fireworks will take place on Boston Common at 7:00 pm.

The Frog Pond will close at 4:00 pm on December 31st to set-up for the event and remain closed after the event. More information about the event and skating on the Boston Common Frog Pond can be found at https://bostonfrogpond.com/.