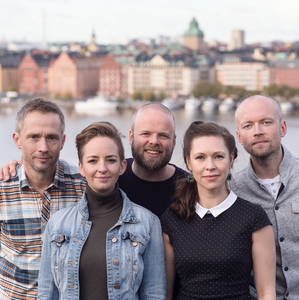 The Real Group is a professional a cappella ensemble from Sweden, in constant development since its formation in 1984. They have toured the world for more than 30 years and produced 20 albums, as well as their own concert tours and TV programs, making them one of the leading forces in the world of vocal music today.

Iris is a New York City-based trio formed in 2018. The group re-imagines classic songs beloved by all audience with just three voices, demonstrating the versatility of the human voice through unique and intricate vocal arrangements.

Impromptu is a new a cappella group based out of Indianapolis, Indiana. Formed from several Ball State alumni and local Indianapolis vocalists, Impromptu blends a unique sound from their fusion of jazz, soul, pop and R&B influences in their arrangements and performances.

- - -
Taking place in and around the city of Boston, BOSS is a three-day event featuring everything you’ve come to expect from an a cappella festival and more: an innovative spin on the scholastic competition on Friday, a full Saturday of classes and workshops plus a professional concert in the evening, and the exclusive LIVE presentation and announcement of the Contemporary A Cappella Recording Awards on Sunday.